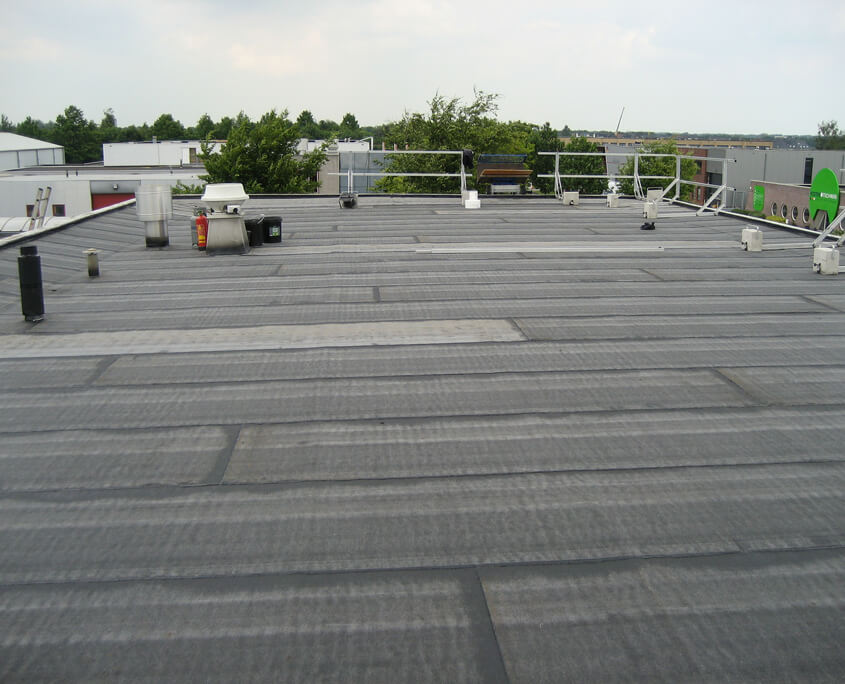 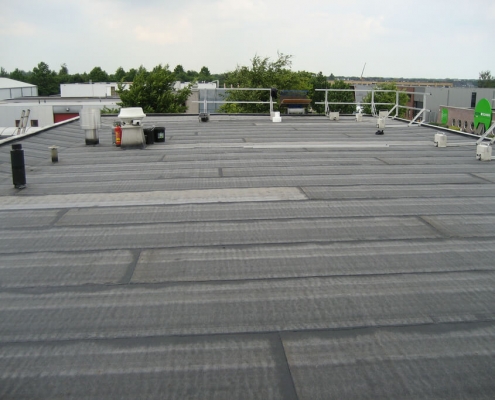 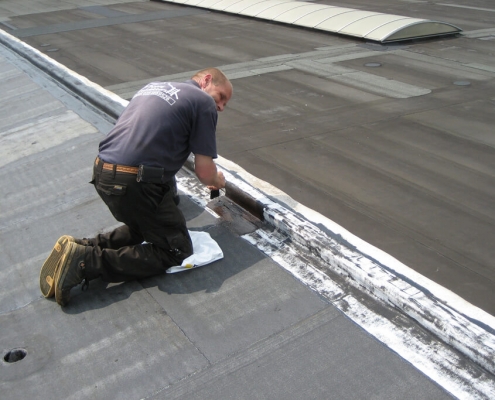 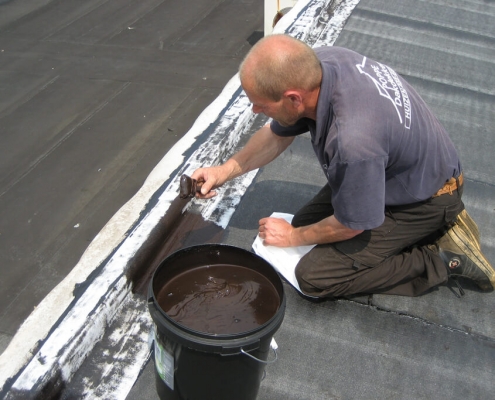 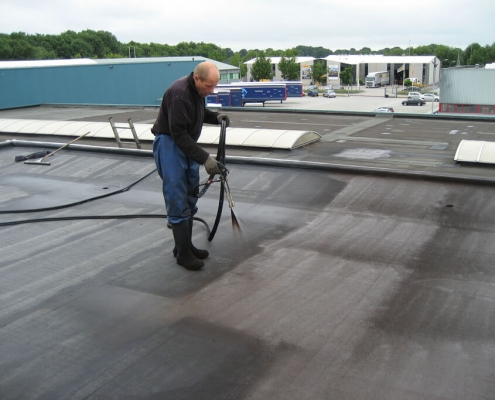 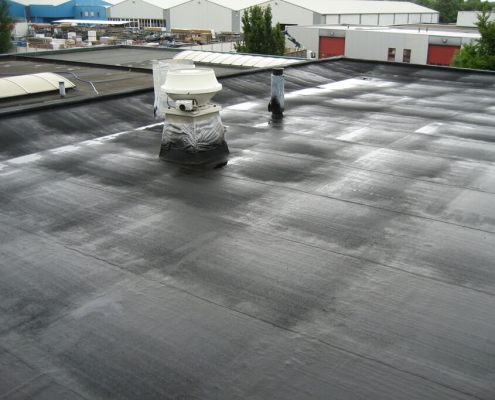 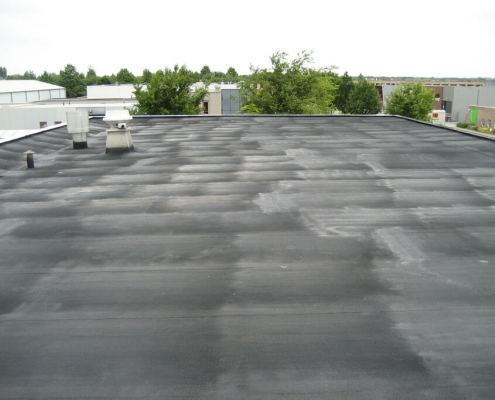 Project: Sealing a roof of a warehouse
Description of the project:
Not all black, liquid coatings are alike, even though some claim to be. There is a substantial quality difference and this often becomes obvious when it is too late…

This time it really went wrong with a roof of an office building in Staphorst (NL). The contractor chose another black, liquid roof protection. Just a matter of spraying it on and the job was done. One would think so. But not this time.

After the first serious rain shower the roof was leaking on all sides and inside the office brown water was running down the walls. When the rain was over, it turned out that the whole roof was ‘eaten’ and in even worse condition than before the treatment. The applicator was nowhere to be seen and the supplier too was invisible. But there was still a huge problem to be solved.

Together with roofing specialist Poppe, Liquid Rubber Europe inspected the situation on location and offered an advise for recovery. The contractors were a bit sceptic about yet “some other black stuff”, but they decided to give us a chance.

And fortunately they did: Poppe as fully recovered the whole roof and made it brand new. First all the corners were treated with Liquid Rubber HBS-200, in combination with Geotextile. Then new roofing plates were applied and they were sprayed with a seamless, waterproofing layer of Liquid Rubber SprayGrade.

In the meantime we have had lots of showers, but this time the roof is really waterproof! The contractor was very happy, especially about the speed of working, the problem solving and the quality of Liquid Rubber. Apparently not all black liquid waterproofing coatings are alike… 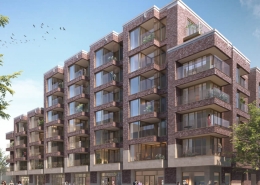 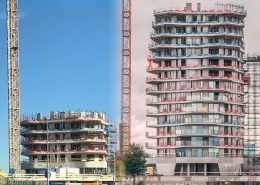 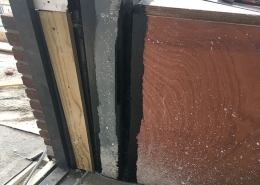